It is a great pleasure to announce that our thermal park THERME LOSINY has won  the Grand Design award for the year 2016  in the Olomouc Region. 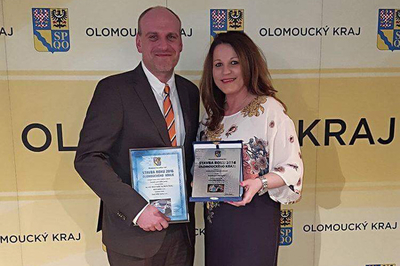 THERME LOSINY has won the first prize in the category of Designs intended for living and leisure time.

An architectural contest Grand Design of the year 2016 in the Olomouc Region was organized for the seventh time by the Olomouc Region in co-operation with the Czech Chamber of authorized Bachelors of Science and technicians active in the building field. The objective of the contest was to choose and award the best new designs or reconstruction projects which were completed between 2015 and 2016. The deadline for submissions was until the end of January 2017. The winners were announced on the 27th of March 2017 by a jury of professionals. The governor of Olomouc region Ladislav Oklešťěk presented the awards to the winners of five different categories.

The jury honored the quality of architectonical design, its overall benefits including spacial functional solutions and also the way it integrates into the environment. An important part of the evaluation was also how friendly the project considered the needs of people with limited abilities of movement and orientation.

Look at the photos from the construction of the thermal park. 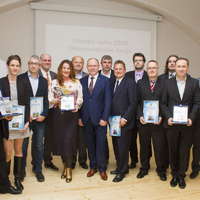 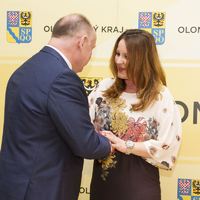